While representing various parties in interest in business and consumer bankruptcies, Jeff concentrates his practice on business reorganizations and workouts.  He has represented debtors-in-possession and plan proponents in the healthcare, garment, and food industries, including South Amboy Medical Center, Hit or Miss, Inc., and Deli Stars, Inc.  He represented the buyer of the physical plant in United Healthcare and assisted the Trustee in litigation in the case of Robert E. Brennan.  He has represented both the FDIC and RTC as a secured party in substantial bankruptcy cases.  He also represents parties in the Chancery Courts of the State of New Jersey, as well as in out-of-court and state law workouts.  He has represented parties to agreements with chapter 9 debtors.

Jeff has served as a Master of the Bankruptcy Inn of Court and on three Merit Selection Panels (which recommends bankruptcy judges for the District of New Jersey to the Third Circuit Court of Appeals).  He edits the New Jersey Section of West’s Bankruptcy Exemption Manual.

While at Carella, Byrne, Jeff served as the firm’s voting representative to the State Capital Group, a global association of law firms, served on the group’s Board of Directors and as the Chair of its Bankruptcy Section.  He created and maintained a well respected bankruptcy blog and was instrumental in the evolution of that section into a key networking and information sharing vehicle and utilized an effective listserv.

Jeff has been selected for inclusion in Best Lawyers, Super Lawyers, and has received an AV rating from Martindale-Hubbell. 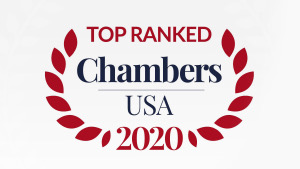